To maintain Long Island’s economic competitiveness for the long run, the public sector needs to maintain a rich dialogue with the private sector.

That’s why HIA-LI takes pride in hosting forums where business and government come together to exchange ideas and to highlight the region’s centers of economic development opportunity.

A classic example was the 42nd HIA-LI Annual Meeting and Legislative Breakfast held January 17 at the Radisson Hotel in Hauppauge.

Moderator Joe Campolo, Managing Partner of Campolo, Middleton & McCormick, LLP and Chairman of HIA-LI’s Board of Directors, emphasized the large percentage of businesses at the Long Island Innovation Park at Hauppauge engaged in value-added “tradeable” sectors exporting goods and services out of the region.

Congressman Zeldin praised Brookhaven National Lab for securing a $2-billion federal award to build an Electron Ion Collider, a project will “inject billions of dollars and an extensive number of jobs into Long Island’s economy.”

Senator Flanagan said his focus in Albany this year would be to “maximize education funding, capital investments such as roads and bridges, and increase funding for the LIRR via the MTA.”

State government must do more to relieve fiscal burdens on localities, said Assemblyman Fitzpatrick, by curtailing its “cost-shifting” practices.

The Long Island Innovation Park at Hauppauge is on a multi-track growth trajectory, said Supervisor Wehrheim, because state, county, and town governments have “put politics aside” and built consensus on success strategies for the Park.

As HIA-LI members spend each day focused on growing our own individual enterprises, we also understand the importance of viewing our work within a regional perspective. As evidenced by our Legislative Breakfast, Long Island is fortunate to be represented by elected officials who also understand the value of long-term regional growth. 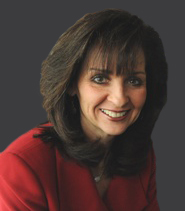